A beautiful wedding venue in the heart of the South Downs National Park, bordering West Sussex, Hampshire and Surrey

One to one appointments available GET IN TOUCH

A West Sussex wedding venue nestled in the heart of the South Downs National Park is the tranquil and exquisite Southdowns Manor – a stunning wedding venue for exclusive use for your family and friends.

Exclusively yours for the day

With exquisite décor and spacious function rooms,
Southdowns Manor offers a luxurious setting for your celebrations.

We have a total of 14 beautiful guest rooms here at Southdowns Manor, along with our magnificent Honeymoon Suite. Two of these guest rooms are luxury double suites.

Let your guests stay over with you, so you can relive the memories all together in the morning over a delicious breakfast.

We believe that the wedding experience offered by Southdowns Manor is very different to that of other venues in our region. A luxurious interior, magical atmosphere and stunning location put the Manor and its beautiful grounds in a league of their own. But we can offer so much more than that.

An Idyllic Setting For the Perfect Wedding

Southdowns Manor, a beautiful setting for the perfect wedding, reception or corporate function, is situated in the heart of the South Downs National Park. Southdowns Manor is within easy reach of Portsmouth, Guildford and Southampton, bordering the counties of Hampshire, Surrey and West Sussex. Our beautifully refurbished, prestigious wedding venue is offered to you exclusively – your home for the day.

Southdowns Manor retains its original charm and character while offering modern comforts, presenting a wonderful atmosphere. This beautiful Manor House provides a relaxed and intimate haven for smaller events and is able to accommodate larger parties just as successfully; the classic elegance of Southdowns Manor has it all. We offer our unique venue for your wedding and reception and can cater for many specific cultural requirements.

What Do Our Past Guests Have to Say?

We think Southdowns Manor is the ideal venue for your special day. But don't just take our word for it. See what our previous guests have to say. 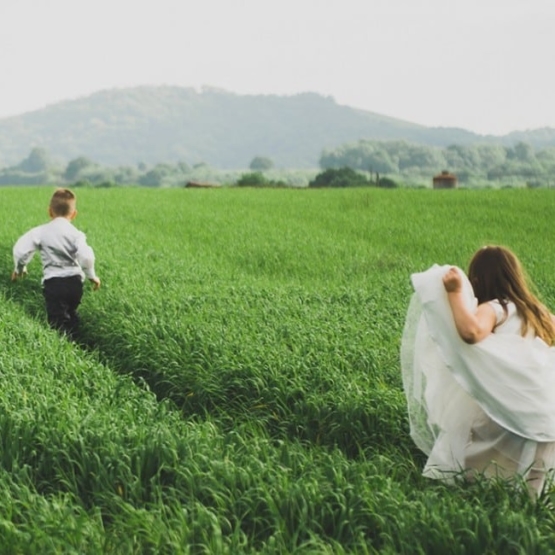 Where did it all begin?

Southdowns Manor was originally built as a two-storey house, with three striking bay windows, towards the end of the 19th century by the Hon John Jervis Carnegie (1807-1892), who had bought the neighbouring Fair Oak estate from the Paget family in about 1850. High Sheriff of Sussex in 1862, he was the third son of the 7th Earl of Northesk and his initials can be seen on the stone boundary post to the left of the Southdowns entrance.

The Northesk family retained the Fair Oak estate until recently; however, Southdowns Manor was sold before 1895, at which point the top floor and water tower were built. At that time it was the home of a German artist, Rudolf Blind and, later, of the Boys family. For many years the house was run as an independent school, becoming the Southdowns Guest House before the last war. During the war it provided a billet for members of the Royal Canadian Air Force.

The current owners purchased the building in the summer of 2013 and undertook an extensive refurbishment of the property, before opening its doors once again in December 2013, offering the venue for weddings on an exclusive-use basis.

We are delighted to announce that we have been awarded Best Wedding & Events Venue 2020 in South East England by SME News Magazine.

Now in its fourth year, the SME Southern Enterprise programme continues to recognise SMEs of all sizes across the region who are endeavouring to bettering business in their respective industries.

“Amazing venue, amazing food, and fabulous staff. The whole day from start to finish was fantastic and ran so smoothly. Kate is the BEST wedding co-ordinator out there. So friendly and personable, she completely put us at ease from the word go. Felt like we’d known her forever. Thank you for giving us the best day”

“All our guests had commented on how lovely the venue was, the food was great and the portion is so generous. The staff and service was exceptional, we will not forget our wedding day and that’s all down to every single person who was involved in our wedding day.”

We can't wait to see you

"Thank you all so much for hosting the best day of

WE ARE RE-OPENING! Southdowns Manor are delighted

For a copy of our brochure, up to date pricing and information on open events and special offers please get in touch

For a copy of our wedding brochure, please fill in your details and we will get one sent out in the post to you.

For any enquiries you have regarding Southdowns Manor, please make contact with us by filling out the form below, and we will be in touch with you ASAP.